April 1, 2015March 27, 2016
I love browsing through the Anita’s posts on Studio Faro, its so very inspiring, Anita McAdam has a brilliant way of explaining the process.  I don’t know where she gets all her energy from because as well as everything else she does, there is a new pattern puzzle each weekend!

The first is the Gil Brandao top 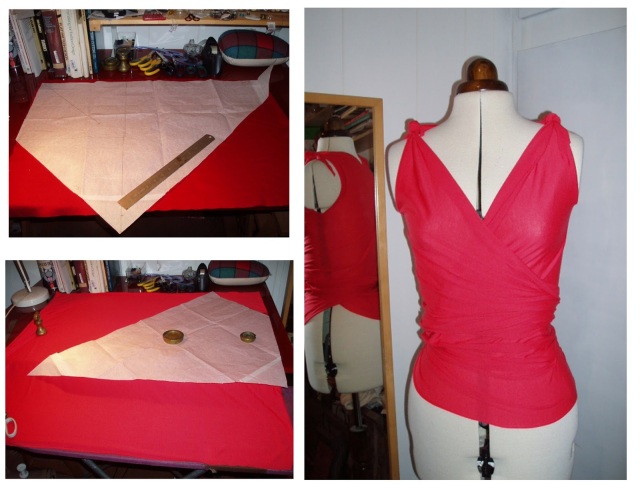 I thought I would have enough in a left over piece of double knit – but it was a bit under, so – just in case – I used a jersey snood/scarf that was given to me (it is a very cheap thin ‘pennys’ one).  As these thin jerseys happily roll back on themselves, I left the hem about 10 cm plus.  I think I would change it to a bias angle if I was using a woven, and I think it would look even better as a woven.  In  this jersey its fine, but probably only suitable as a beach top as its sooooo sheer!  I am making a few pairs of high waisted trousers this summer so a fabric top like this could be perfect. 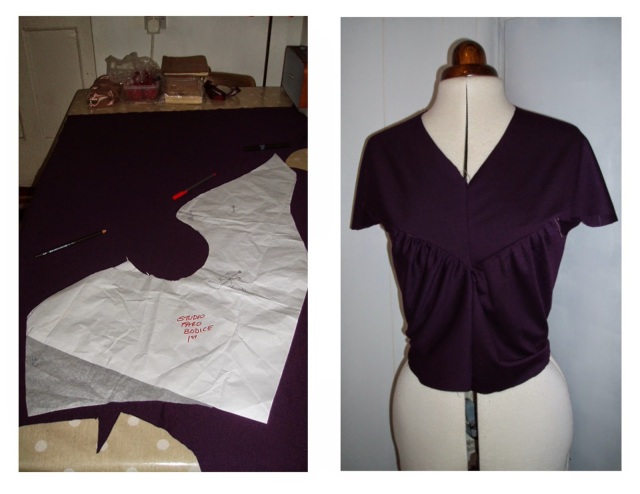 I love the shape of the pattern, and made it soon after the post.  Only when I went to look at the pattern, I realised I left few notes on i t (no notes apart from CB on one side).  I also had a piece of double knit left over from the pauline dress which just about fitted the pattern.  I sewed up the back seam and then gathered the front a bit, to join to yoke, and then sewed up centre front.  It needs some tweaking, either at the centre back seam or adapting the sleeve as in one of Anita’s variations.  The pattern does finish exactly on the waist.  However, it could make a great base for a bodice (I would probably go for a more scooped neckline if I was trying it for real), and also a good base for a bolero. 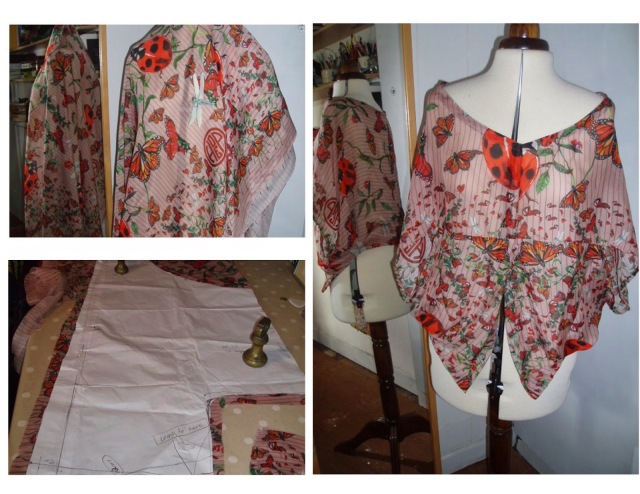 I made this last summer and had this scarf which I thought would dye well afterwards (it didn’t).

The toile was made, and I was a bit generous and made it a bit big, but even so, at this size it has a ‘hippy’ look to it and would work well with jeans.  I didn’t take it any further as it was probably not something I would wear currently, but if I had a straight skirt cocktail dress, this pattern could certainly make the cutest over-blouse and a lot more practical than a scarf or shawl.

again, many many thanks Anita for all your shares!

9 thoughts on “the fantastic studio faro”