Just before Christmas, I got a text with an offer of some old fabric and wallpaper swatches  from an interior designer friend. Obviously said yes – and what amazing swatches books they were.  They are mainly Zophany – so seriously  swanky stuff! I opened up some books, divided the swatches into colour, and then kept re-arranging them….and seeing what end pieces I had which could be used up.

I am trying to finish writing up some patterns for upload before the end of the month, so this would be a perfect opportunity to get some small projects done and write up the last bits of pattern – and for the most part these swatches will be bags, cushions, slippers, but I am hoping to get some incorporated into clothes so I tried to make a small top this week.


First up – the patou top.  I had hoped to make the coat from this pattern , but that is not going to happen for the moment, so I did like the look of the top, and wanted to try it out. 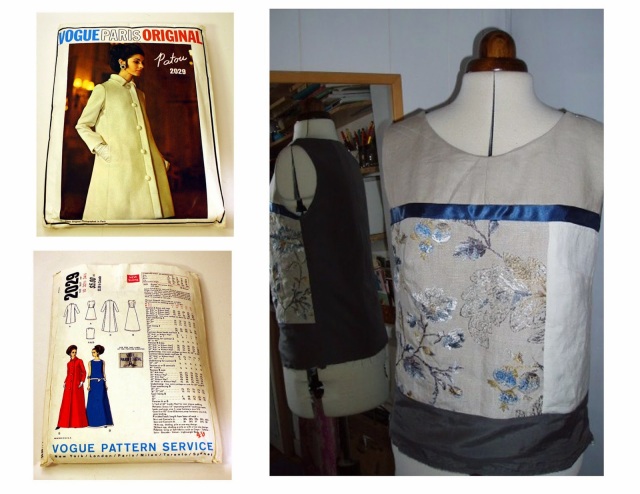 I made up the front from a series of rectangles and used a grey band at the bottom from a 1euro charity dress which was a good neutral for backing.  The colours looked good together but the fabric weights differ enormously – so I lined the inside with fabric instead of facings.  It should be okay, but the grey fabric is a very thin cotton silk, so I am going to baste it at the hem,  and launder and then see if it needs a different treatment at the hem.  I have another swatch of this which I am still putting together with some odds and ends here so may try to make that that up yet for my unsuspecting sister……………… 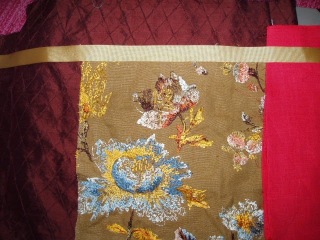